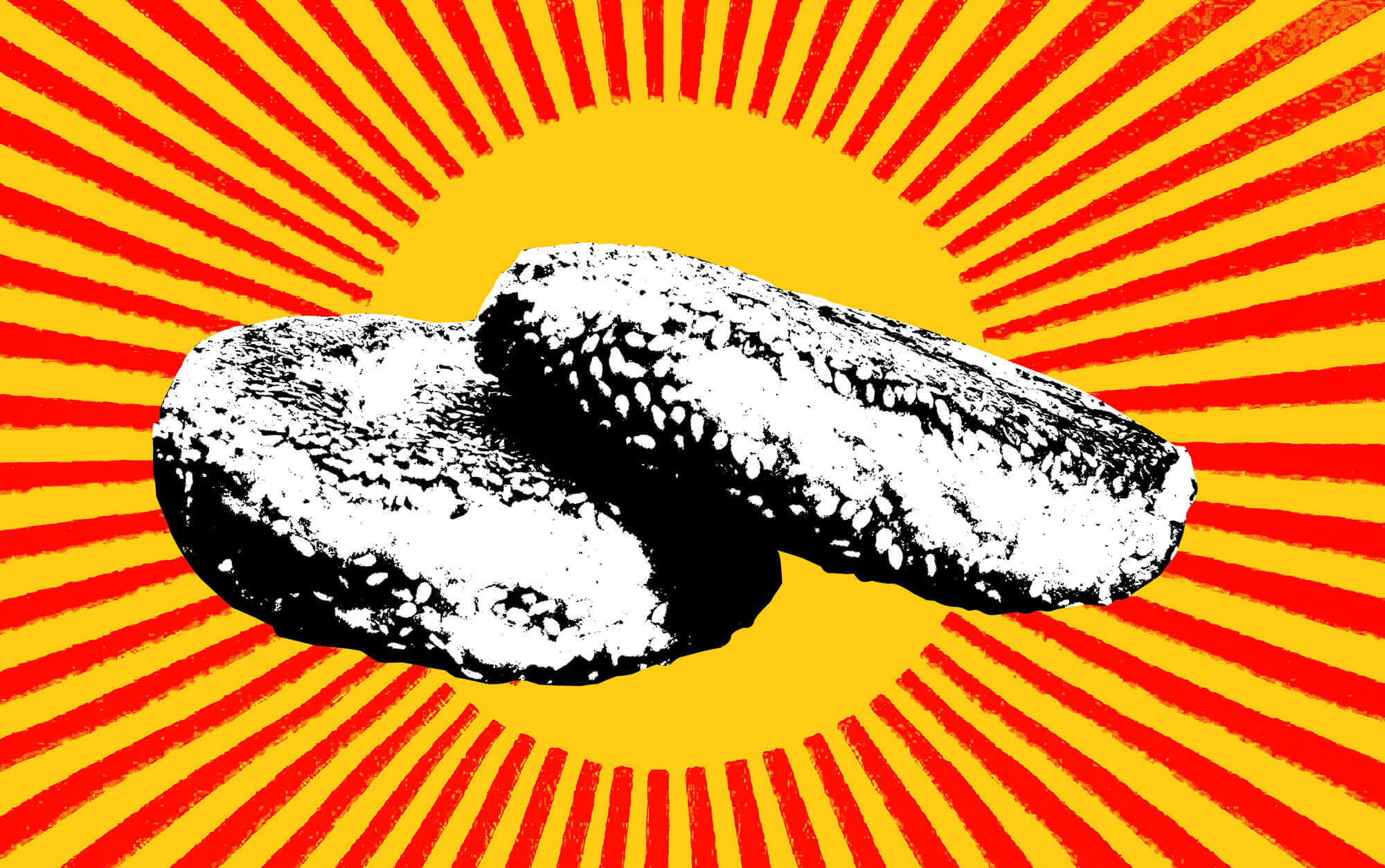 The story of the Chinese bing begins more than two thousand years ago, when horsemen subsisted on bing made from rough grains carried under their saddles. At camps, they would break the bings up and rehydrate the dough in lamb broth. In cities, royal chefs folded bing into oil and sugar to make pastries. Bing stuffed with meat and vegetables became what we now call dumplings. Bing dough shaved into boiling water—we now call that “noodles.” When China’s first dictionary noted that “bing is food,” the claim was not far off.

Bing’s importance to Chinese cuisine has not changed, even if its form has. Nowadays, it’s usually a flattened, wheat flour-based circular bread product. From that base, though, an endless variety of bings spring. Bing doughs can be leavened, unleavened, or scalded. Their cooking technique varies, too: steaming, frying, and toasting are all common.

Bing-dough manipulation has always been the cornerstone of Chinese foodways; this is simply an introduction.

Shao bing is a descendent of what people in the Han Dynasty referred to as hu bing, or barbarian bing. The technique of leavening dough to produce lighter bing was first brought to major Han Chinese cities by ethnic minorities. The technique eventually ended up in the emperor’s kitchen, where the disks of leavened wheat were covered in sesame seeds and baked. Shao bing has since become a staple of many northern Chinese family meals, perhaps due to its simplicity. It is now unleavened and unadorned. On the streets, you may also find shao bing sandwiching donkey meat.

This is the bing that your friends who study or work in Beijing come back raving about. Think of it as the Chinese savory street crepe. A raw mung-bean batter is spread evenly on a rotating griddle. On it goes an egg, cilantro, sweet bean sauce, chili oil, and a couple layers of fried wonton crisps. Expats may remember it as a late-night staple—where there are nightclubs and karaoke joints, there are jian bing vendors—but locals are more likely to eat it for breakfast.

A staple of Chinese-American cuisine, this is commonly known as a scallion pancake. The dough is made with flour and boiling water, which denatures the proteins in the flour to create a gummier, chewier dough. The bing is then laminated, layered with scallions, and fried. In Shandong and Taiwan, this bing is a street snack, served piping hot in paper bags. In the U.S., it’s what you eat before General Tso’s.

Lichun, the celebration of spring, begins with a bite into chun bing: a bite of spring. With thin flour bings in one hand and their chopsticks in the other, families sit around tables dotted with stir-fries, fresh vegetables, sliced meats, and soybean paste-based sauces. The fillings are then wrapped in the bing, then devoured.

Chui bing is mentioned in ancient Chinese dictionaries as one of the first bing preparations. It features prominently in the Chinese epic The Water Margin, where only men short as “a three-inch nail” and ugly “with the face of tree bark” sell chui bing. In present-day Shandong, men fitting that description sell chui bing at tourist attractions. The bing is leavened and steamed into small, fluffy, bland buns that usually accompany meals on the go. Occasionally, they are toasted in an oven or deep-fried whole.

People often translate xian bing to “meat pie,” but it’s more of a seared dumpling. The dough is a wetter, chewier dumpling dough that’s been rolled out to a thin disk, filled with minced meat and vegetables, and pan-fried. The dish is a hallmark of Chinese-Islamic cuisine, though Mongolians make a thinner, deep-fried version. In Mongolia, a common way to remark on the mediocrity of a meal is to say that something “just isn’t as good as xian bing.”

According to Chinese lore, the wife bing was named after a woman who sold herself as a slave to pay for her father-in-law’s medical bills. Her actions inspired her husband to make and sell delicious, flaky pastries filled with sugary winter melon, almond paste, sesame, and five-spice powder, in order to buy her back. Wife bings now often come in gift baskets for newlyweds or tourists visiting Hong Kong.