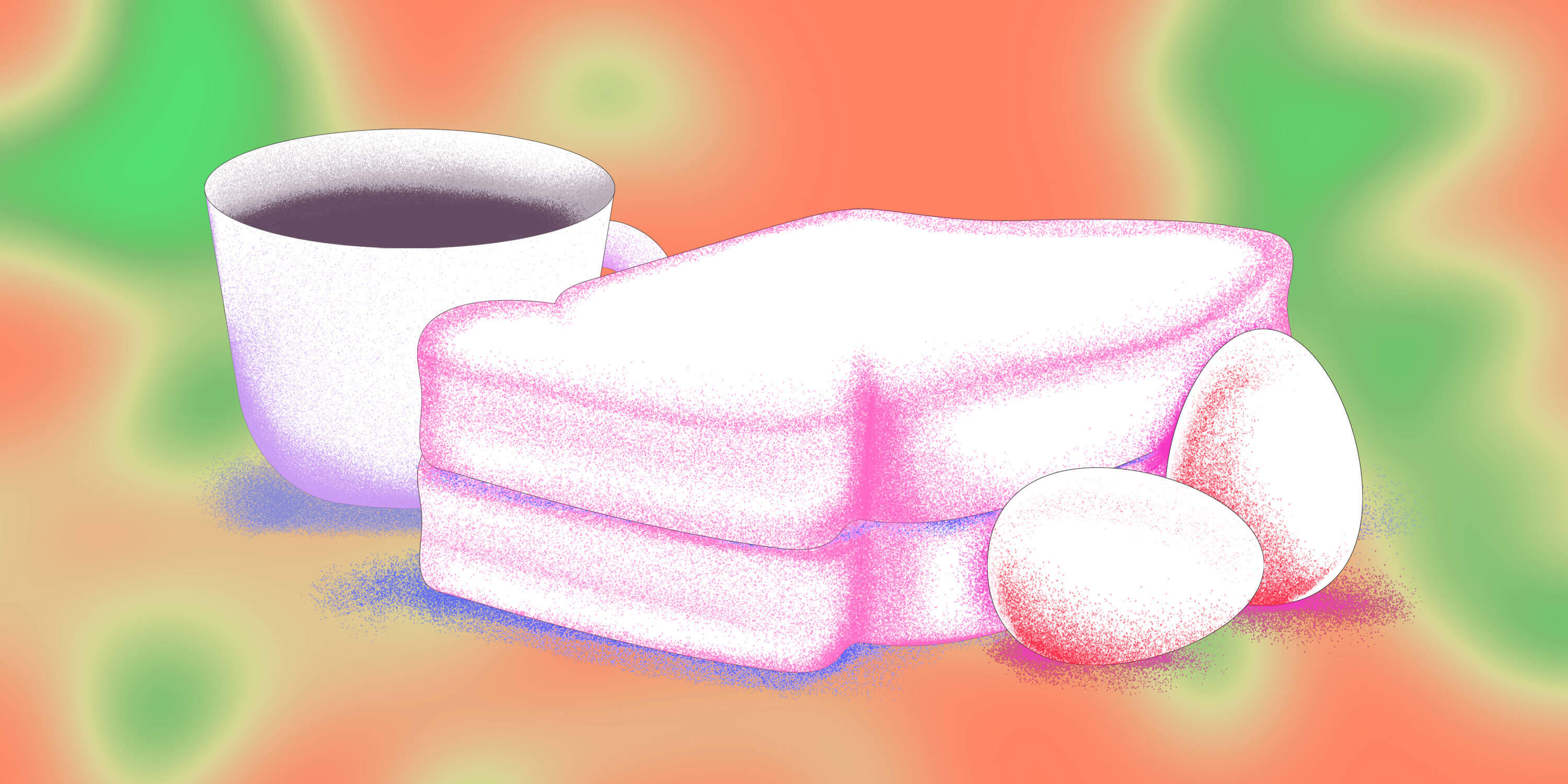 Traditional kopitiams, or coffee shops, are a cultural icon of Malaysia and its peninsular partner Singapore. They’re a place to relax at a table at any time of day—traditional kopitiams are open during the day, while Indian-Muslim-run mamak stalls may not open until 5 p.m. and often run all night. They’re neighborhood gathering places for all cultures: coffeehouses without machinery or fancy imported beans. Even the term kopitiam is multicultural—kopi is Malay for coffee, while tiam is Hokkien for shop.

Kopitiams date back to the eighteenth century, when “people used to drink coffee as a part of life,” says Kyo Pang, owner of Kopitiam in New York City. “They didn’t grab their coffee and go; they stayed and read the newspaper or talked with the shop owner.” Thanks to stateside newcomers like Kopitiam or Philadelphia’s Saté Kampar, Americans are now warming to kopitiam culture. But in Malaysia, the legacy of the kopitiam is at risk of being lost, with old-school kopitiams disappearing, either going out of business or being replaced with modernized kopitiam franchises that lack the neighborhood spirit. In their book Eating Together, Jean Duruz and Gaik Cheng Khoo blame new developments and the repeal of rent-control laws for the loss of kopitiams in urban areas. “Kopitiam culture is so basic that we almost neglect it,” says Ange Branca, the owner of Saté Kampar. Old-school kopitiams were once so ubiquitous Branca doesn’t even remember the name of her favorite coffee shop in Kampar, where she grew up. “It was that ordinary,” she says. Now, however, she thinks they’ve dwindled down to being almost a novelty.

Branca credits this decline to globalization: first with the rise of Starbucks and, subsequently, the third-wave coffee movement that prizes purity and technological advances in coffee-making. Beng Punta, the Singaporean owner of QQ Kopitiam in Pasadena, adds that it’s more prestigious now to drink coffee imported from abroad rather than bitter-tasting local beans.

Meanwhile, Pang, of Kopitiam, argues that it’s a generational change: kopitiams are fading away because there are more opportunities for young Malaysians to go to school and find white-collar jobs. Though her family has long owned a kopitiam (turned restaurant) in Penang, Pang says her parents had always discouraged her from getting into the business. But as a thirty-year-old looking for a career change, she realized that her happiest memories were from her childhood in that kopitiam. She opened Kopitiam to recapture that experience in New York.

Though kopitiams might be in decline in Malaysia, American coffee drinkers are now learning how to drink kopi, thanks to expats like these three women. With the help of their expertise, here’s a guide to the drinks and the dishes most typically found in a Malaysian (and Singaporean) kopitiam:

More than just the Malay word for coffee, kopi represents the traditional Malaysian style of making coffee. Traditional kopi is most often made with bitter robusta beans. To compensate for their bitterness, they’re roasted in some combination of butter, margarine, sugar, and other ingredients (like sesame seeds or various grains), depending on the roaster’s own closely guarded recipe.

Once the beans reach the kopitiam, shop owners, too, have their own recipes and ratios. Though you can drink your coffee any way you like—black or with milk and sugar—kopitiams will often mix your cup for you. So you have to know ahead of time how to order your coffee with a basic list of terms:

Cream is not terribly common in Malaysian coffee shops, in part due to the heat. Condensed and evaporated milks are more popular. Kopi is traditionally served in small porcelain cups, often embellished with a delicate floral pattern, atop matching saucers. But if you’re ordering kopi ais to go, your drink might come in a plastic bag with a straw punched through the top.

Though now most kopi is made exclusively with robusta beans, that wasn’t always the case. Traditionally, kopitiams would combine robusta beans with Elephant beans, an oversized type of liberica bean that grows mostly in southern Malaysia. These beans have a strong earthy fragrance but a light taste in the cup, which balances well with the bitter robusta beans. Branca explains that Elephant beans have become more of a rarity given the lack of an international market for them. Some roasters, though, including Sai Kee and Rengit Coffee, have sought to revive Elephant beans. Branca herself stocks them at Saté Kampar.

The first white coffee was made by accident, Pang says, when an Ipoh-based roaster used just palm oil to roast his beans. He saw that the oil lightened the color of the beans and the resulting brew was dubbed white coffee (though it’s actually more of a caramel color). Menus often list it as Ipoh White Coffee given its birthplace in the large Malaysian city between Penang and Kuala Lumpur, but roasters across the country have since mimicked the original recipe, some using olive or vegetable oil instead of palm oil. It’s all white coffee.

Teh, or tea, is major in Malaysia, particularly the black tea grown in the Cameron Highlands, a verdant hill station east of Ipoh. Malaysia’s tea culture began when the country was still a British colony. Brits would farm tea in Malaysia and export the leaves back to England. Left behind for Malaysian coffeehouses would be the tea dust, which was stronger and more fragrant. As a result—and due to the humid climate—condensed milk is often preferable to fresh milk when drinking teh. That has brought about the iconic aeration process of teh tarik, below. The process for ordering teh is nearly the same as the kopi lingo.

Teh tarik: tea with condensed milk
Teh kosong: black tea
Teh-O: black tea with sugar
Teh-C: tea with sugar and evaporated milk
Ais/Peng: add “ais” or“peng” to any of the above terms for an iced drink

Pulled tea, or teh tarik, is perhaps the most iconic beverage in the Malaysian kopitiam, thanks to a preparation that invites showmanship: tea-pullers combine black tea with either condensed or evaporated milk by pouring them back and forth between two pitchers. The goal is to aerate the mixture, creating a creamy and frothy drink. In Malaysia, there are teh tarik competitions in which tea-pullers are judged for skills like longest pull and most foam. Hand-pulling might seem easy, Pang warns, but it takes a pro not to spill.

Something pretty wonderful happens when you combine kopi with teh tarik: cham. Cham is made by pulling tea with condensed or evaporated milk and then pouring that into a portion of kopi, with proportions varying from shop to shop. Branca describes it as an “ingenious” combination: the strength and fragrance of Malaysian black tea with the smoothness of its kopi. Somehow the end result tastes vaguely like hot chocolate.

If you’d prefer actual chocolate, though, there’s always Milo. Nestlé’s combination of chocolate and malt powder is insanely popular in Malaysia and found on most kopitiam menus. There are also a couple of variations on Milo, Punta says, including Milo Godzilla (mixed with a scoop of ice cream) and NesLo (mixed with Nescafe instant coffee).

Most kopitiams will also have a selection of canned drinks to complement their coffee and tea menus. These might include 100PLUS (a caffeine-free isotonic drink that’s kind of like Sprite) and Kickapoo Joy Juice (a drink in several fruit flavors that originated in the United States but became an icon in Southeast Asia).

Dining options can vary at kopitiams depending on the time of day or where it’s located. Some kopitiams don’t offer food at all but are associated with their surrounding vendor stalls, which may change from breakfast dishes to heartier fare as the day wears on. Modern chains may focus on classic Malaysian fare. But there are certain dishes that one might expect to see at or near a kopitiam:

Kaya toast is a basic dish, but it’s one that Malaysian expats seem to miss the most while living abroad. Two thick slices of white toast sandwich a layer of kaya, a jam made with coconut milk, eggs, and pandan leaves. It’s often served for breakfast, with soft-boiled eggs served runny in a bowl and laced with soy sauce.

Roti canai, like many other popular dishes in multicultural Malaysia, has its roots in Indian cuisine. It’s a buttery flatbread that’s most commonly served with curry, and a perfect complement to your coffee ritual. You’ll most likely find this at a mamak stall.

This unofficial national dish of Malaysia is ubiquitous at kopitiams and pretty much everywhere else. Nasi lemak is a dish of rice cooked in coconut milk and pandan leaves served with anchovies, egg, and sambal (a spicy combination of chili and shrimp paste). It might arrive wrapped in banana leaves.

At its core a spicy noodle soup, laksa can be made many different ways, including coconut-curry laksa or a sour tamarind-based laksa served with fish or chicken. Find laksa at nearly any kopitiam, though the style will vary depending on the preferences of the shop owners and regional preferences: Penang is famous for its version of the hot-and-sour laksa, for example.

Hainanese chicken rice—poached chicken, rice cooked in chicken fat and pandan leaves, and chili sauce—is a popular dish throughout Southeast Asia, particularly in Malaysia and Singapore, where it arrived thanks to Chinese immigrants. It’s likely to be available at or near any traditional kopitiam.

Especially popular at coffee shops run by Baba-Nyonya—Malaysians descended from Chinese immigrants, Pang explains—are small sweets known as kuih. These come in all forms, flavors, and colors, such as the sticky bright-red Tortoise Cake filled with bean paste, tapioca-flour cookies with hard shells, and layered cakes made with pandan leaves and coconut. Pang serves them and other traditional Baba-Nyonya dishes at Kopitiam.